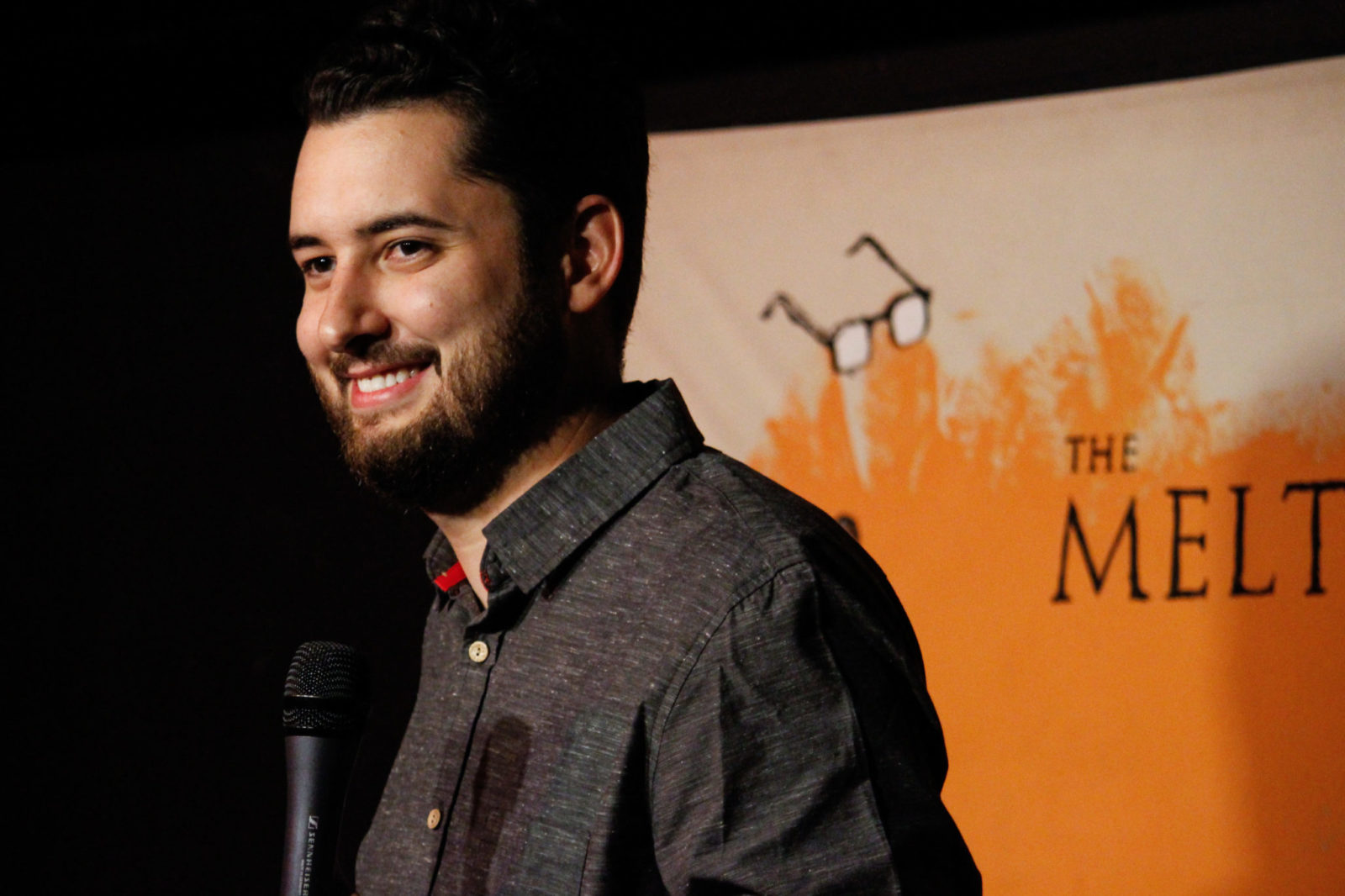 Caleb Synan returns to Durham! It’s been a year since Caleb has performed in the Bull City, and now he’s back on tour and stopping in again at 106 Main.
Caleb Synan’s breakout performance on CONAN was praised as “One of the Top 5 Late Night Debut’s of 2015” by TheLaughButton.com. Though his parents remain skeptical of his profession, he is a comedic force to be reckoned with – headlining clubs across the country and at home in LA! He continues to stay fake humble about his talents, even though his deceptively smart blend of Southern charm and razor sharp wit has earned him appearances on Last Comic Standing, Montreal’s Just for Laughs Festival, and the title of “Wittiest” in Franklin County High School’s 2009 Yearbook. He did not write this bio himself, either. He swears.
But he did write and star in his own web-series for Comedy Central entitled “Deadliest Chef.” And in 2016 he performed stand up on Hulu’s Coming to the Stage, Fuse TV’s Uproarious, and on a tour for the US troops in South Korea and Japan! And he’ll have a margarita with you if you play your cards right!

Hosted by Deb Aronin, headlined by comedians from all over the country, The Sunday Show at 106 Main is the laid back professional comedy show you’ve been waiting for.

106 Main is a Durham favorite. Part cocktail bar, part dive bar, part indescribable, this place is ideal for grabbing a drink after work and airing your grievances to a compassionate bartender.