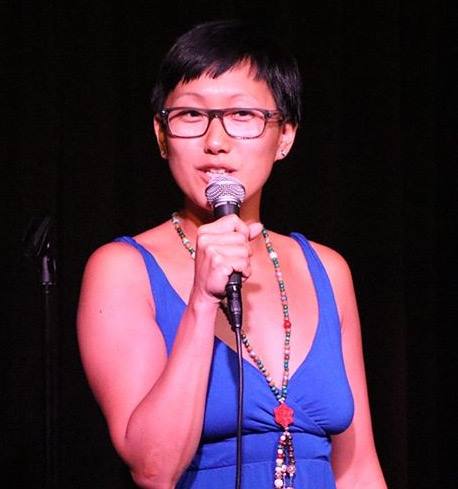 It’s almost like a weird little secret show in Durham, NC. Minori Hinds is an up and coming comic out of Asheville.  She’s been praised by such big names as Janeane Garofalo and Todd Barry. Featuring Brett Williams and hosted by Deb Aronin.

At the Monkey Bottom Collaborative.  $7 at the door. Show at 8PM, doors open at 7PM. (Poster here)

Find it (with a little luck) at 609 Trent Drive, Durham NC

This show features Brett Williams on her adorable ukulele and hosted by (me) Deb Aronin.  Minori is on her way up on the comedy fame scale.  Comedians make a point of seeing her perform and she’s been praised by the likes of Todd Barry and Janeane Garofalo (she’s opened for both of them).

The Monkey Bottom Collaborative is where the Beaver Queen after party takes place every year, and it’s a little off the beaten path. I’d be lying if I said it was super easy to find, but it is worth it.  There’s a sense that you need a password to get in, like a speakeasy (the password is “Fidelio”).  This is sort of like a little secret show.  I wouldn’t want to miss that, so you shouldn’t, either! 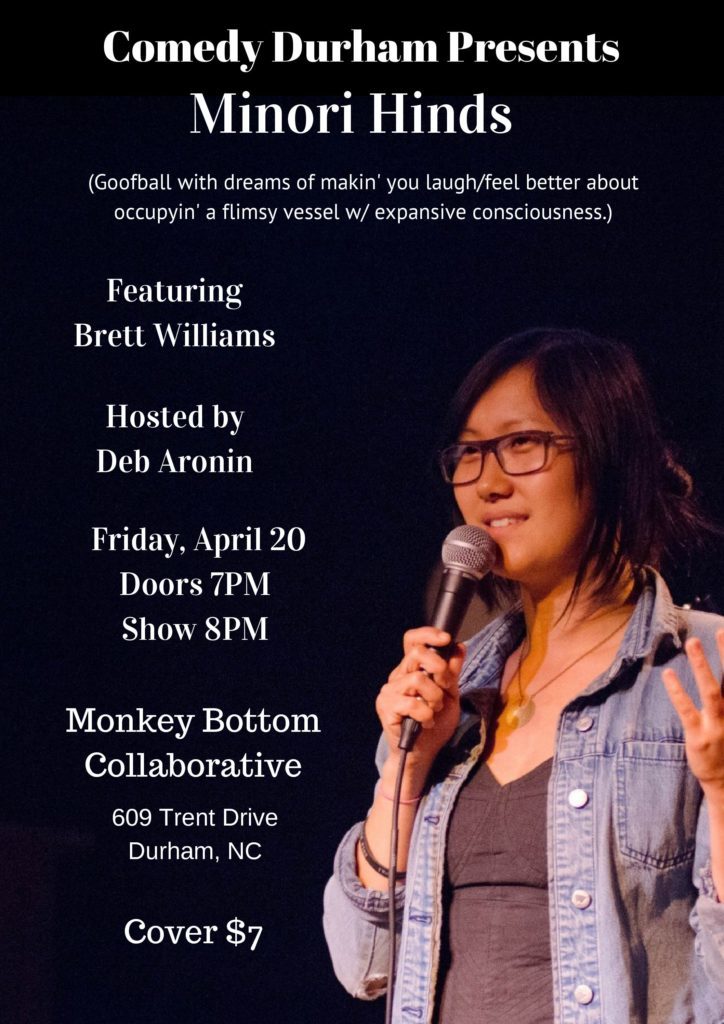